Workshift provides both Job Matching Service and Recruiting Service. Please choose the service you wish to use.

* You may change your service selection after you register.

Job Matching Service
Offer online jobs to freelancers from all around the world
or
Find and get online work on Workshift
Recruiting Service
Hire overseas talent
or
Apply for full time work mainly in Japan.

This is a machine translation. We don't guarantee the accuracy of the contents.
If you want an accurate translation, please look for bilingual from here.
arrow_downward

Challenging the Japanese market as a foreign(for freelancers)

“Do you really want to work with Japanese companies?” 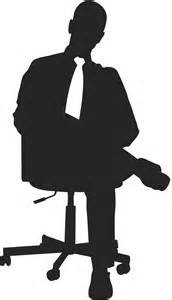 Japanese companies are very demanding and it takes a long time to get an employment contract. In addition, they might want more foreign employees but up to 88% of Japanese companies want you to speak Japanese and English alone is insufficient. Overall it seems as if there is hardly any incentive to work with/for Japanese companies. Nevertheless, we did come up with good reasons to invest in forming Japanese business connections because there are a lot of opportunities when working with Japanese companies now and in the future.


What challenges exist when working in Japan?

The major long-term concern for the Japanese labor force is a low birthrate. In the first half of 2005, the number of deaths in Japan exceeded the number of births, indicating that the decline in population, initially predicted to start in 2007, had already started. While one countermeasure for a declining birthrate would be to remove barriers to immigration, despite taking new steps towards it, the Japanese government has been reluctant to do so, and foreign immigration to Japan has been unpopular among citizens (Wikipedia, 2015a).

By relaxing immigration policies, Japan might satisfy its labor demand from the large pool of unemployed and underemployed in neighboring Asian countries. Yet policy makers see mounting evidence in Europe and North America that temporary foreign worker programs can create a permanent immigrant community that could be a source of political, economic and social tensions in the host country (Brubaker, 1989; Castles, 1984; Reimers, 1992). In Japan’s case this could also be good in terms of stopping the decrease in population. 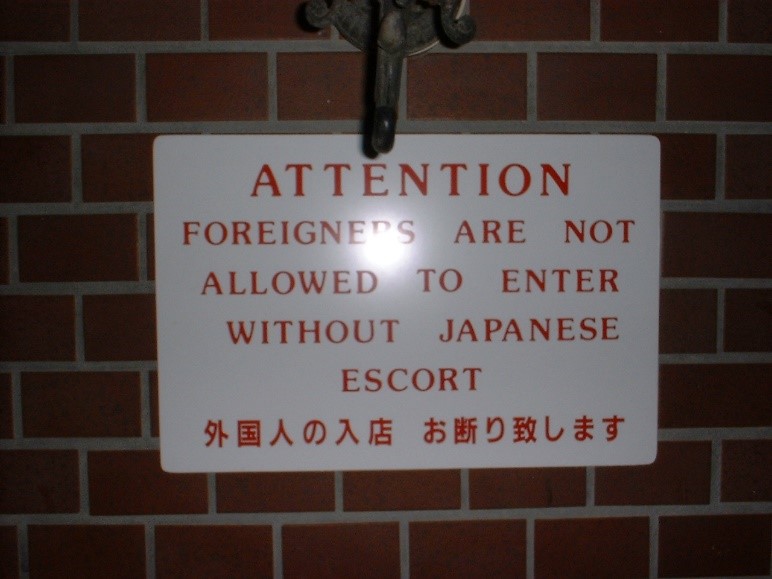 Even though immigration could help Japan there is still a strong believe, that foreigners are often criminals. In 2003, one third of a nationwide survey answered, that they do not want an increase of foreign tourists because they commit crimes. In fact, the foreign crime rate is higher than the one of native Japanese people but 40% of these crimes are charges for being foreign, which is an irony in itself (Graburn, 2008).

Do you know about Japan’s economy?

Japan’s economy was one of the most flourishing one after WW2. Making it the second strongest economy in the world until just a few years ago. Since the 1980s their economic growth has stagnated and been around 0% ever since, leaving Japan’s economy quite unstable. The development of the GDP can be seen in the figure below. 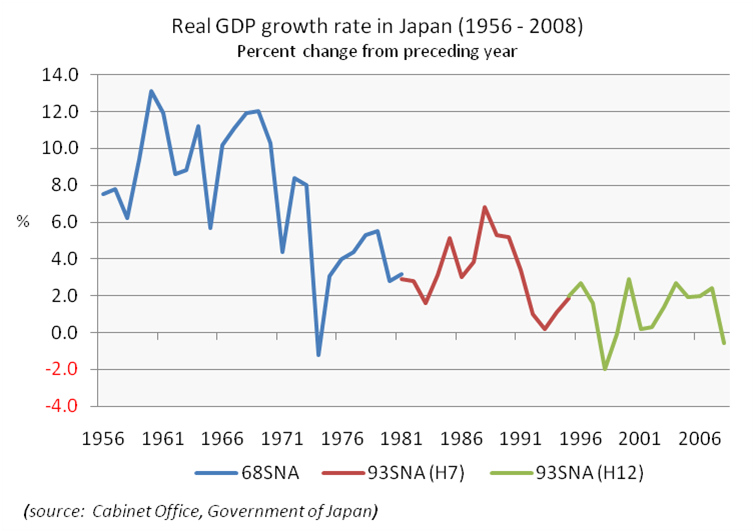 
Furthermore, Japan fights since the 1980s with too low inflation rates and even deflation. To overcome their deflation Japan used a technique called Quantitative easing. As opposed to flooding the money supply with newly printed money, the Bank of Japan expanded the money supply internally to raise expectations of inflation. Despite having interest rates down near zero for a long period of time, the Quantitative easing strategy did not succeed in stopping price deflation (Wikipedia, 2015a).

What is Japan’s plan?

Japan’s economy is in desperate need of a change. This change is hoped to be accomplished by the so called “Abenomics”. This word is made up of economics and the name of the prime minister of Japan since 2013, Shinzō Abe. His policies can be subdivided in the following three groups, as shown in the figure below.


Can I just go and do business with Japan?

Japan ranks 29th of 185 countries in the Ease of Doing Business Index 2015. This sounds not too bad but it is actually one of the worst rankings compared to other industrialized nations. Additionally, Japan has one of the lowest percentages of foreign labor force with only around 1% (Japantimes, 2015). Nevertheless, Japan is working on improving its ease of doing business and broaden their foreign workforce. This can be seen in pillar 3 of the “Abenomics”. Japan is willing to deregulate their financial market, respectively its products. Furthermore, Japan wants to open up their boarders for trade with the TPP (Trans-pacific-partnership) treaty. This should open up more possibilities for foreigners to do business with Japan and maybe even in Japan.

What do these changes mean for me? 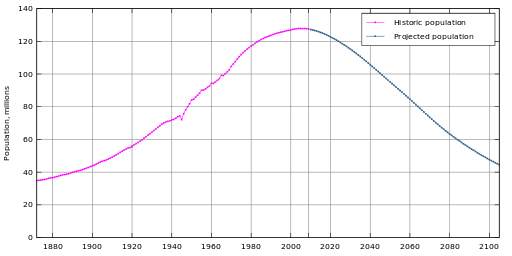 Figure 6: Shrinking of the Japanese population in the future (Wikipedia, 2015c)

Japan has already undergone some changes regarding their, before unchallenged model of homogenity. Like other industrialised countries (USA, Germany, Switzerland etc.) Japan needs a constant flow of immigrants in order to keep its labor force from plummeting. Since this is not possible with just native Japanese people, a new, more hybrid society will be the future of Japan’s demography. To sum up, multicultarlity will rather be promoted than ignored or even removed in the upcomming years (Graburn, 2008).

Japan has a stagnating GDP development for over 20 years, which a lot of economist believe is a direct consequence of Japan’s deflation. This started in the 1980s when the financial bubble burst and got even worse after the 2008 Lehman Brothers failure with the following worldwide financial crisis.

Japan has always been one of the most hard working and innovative countries but today’s business has changed and in order to truly stay competitive multicultural and heterogeneous teams are needed. With Japans regulation of immigration these kind of teams are hard to form. Hence, the innovation power of the country steadily starts to decline and with it, its worldwide competitiveness.
Furthermore, the common Western practice of the shareholder value approach was hardly known and practiced in Japan. Japanese companies rather tend to cut bonuses, salaries or decrease over time in order to decrease human resource costs, before firing people. This is hard for the Japanese business men, since they were used to life-long employment and steady salary increase. On the other hand this leads to new opportunities in the field of project work (Graburn, 2008).

All these problems lead to more or less the same solution. Japan needs to open up and not only for trade but especially for immigration. Through immigration Japan can conquer the issue of a shrinking population. On the example of Switzerland we can see that this works out quite well. Even though, there fertility rate is low and life-expectancy gets longer in Switzerland, they have a steady population increase through immigration and integration. Japans has to overcome its scare of too much immigrants and has to get on the train of globalization, there are enough possibilities to filter the people who can enter your country, so that you can close to only profit from immigration and not be endangered by a higher criminal rate, again see the example of Switzerland. Additionally, more immigration leads to more diversified teams and higher competitiveness in the global market. Additionally, the new trend of cutting hours and salaries gives Japanese companies more flexibility in their resource allocation, which means they can invest more in projects, hence Freelances. Through higher competitiveness and population growth the GDP will eventually pick up on the trend and increase as well. All this can also help conquer deflation since through higher productivity and trust in the growth of Japan the prices should increase again.

What are my risks and opportunities?

There is always a danger of people not willing to accept foreigners. This is especially in a country, which is filled with many cultural and habitual rules, such as Japan a hazard. This can lead to an only very slow change of the whole situation, which means the situation for foreign workers could stay the same they are right now for a while as well. 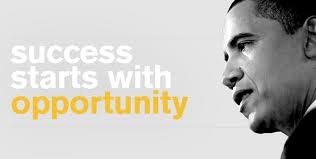 Concluding, this means that if “Abenomics” start working and deregulations begin and most probably work, Japan might realize the opportunities of globalizing and open its borders to a broader workforce, including freelancers. If it does not work, it will stay not too easy for foreigners to find work but if it does it implies that investing in work experience in Japan can be a good call for a future career.